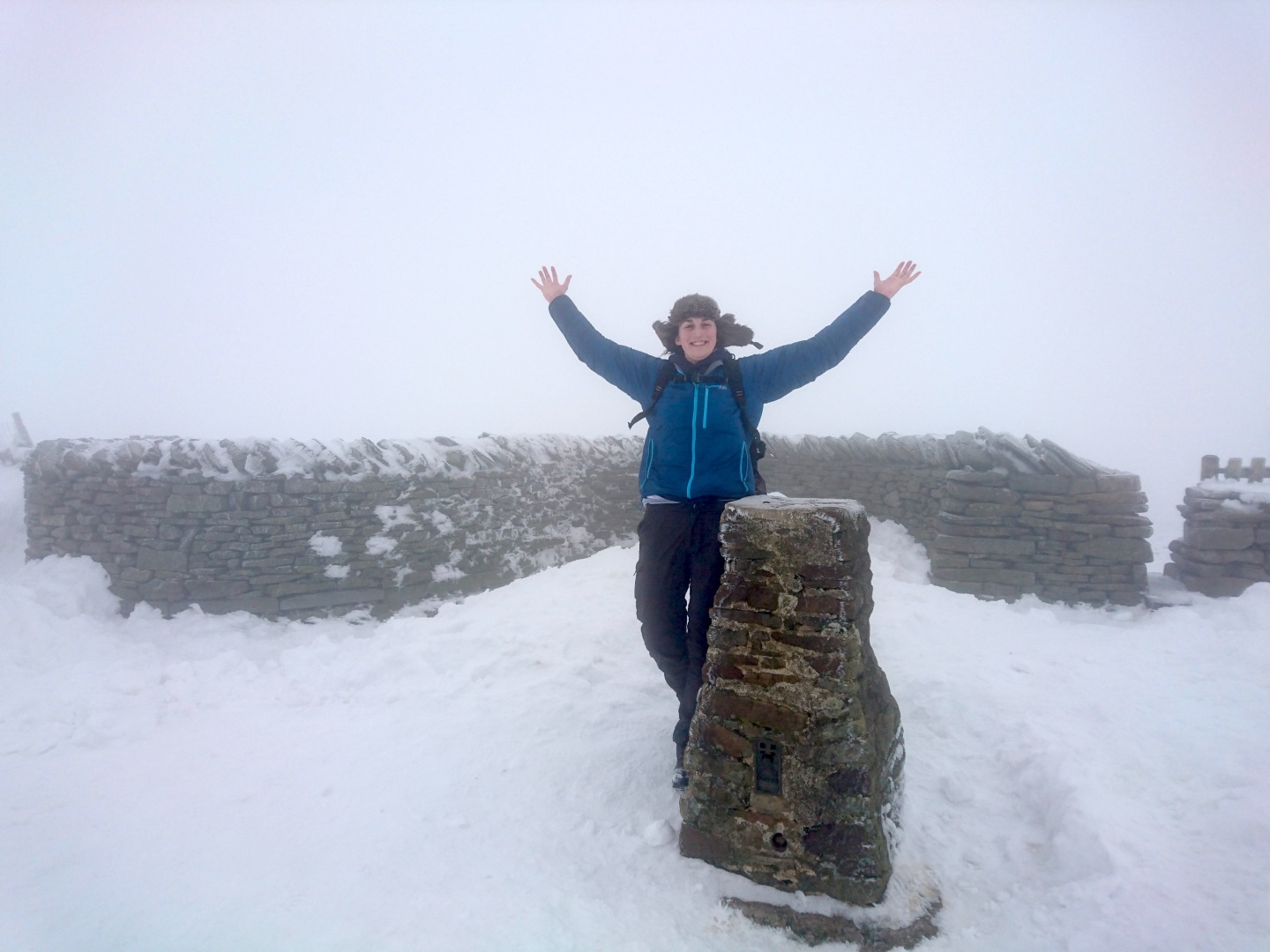 I love the outdoors and anything that involves a physical challenge (apart from the bleep test – nobody needs that). Unfortunately, these interests took a bit of a back seat when my OCD and ongoing anxiety problems really got out of control in 2014. I had become scared of leaving my house, started avoiding people and was frightened to participate in sport in case it made me feel poorly. This was all a bit of an inconvenience.

Fast forward to January 2016 and things were getting better after a lot of therapy and John invited me to climb a mountain with him. I said yes, deciding that even if we got halfway there and I felt I couldn’t do it, I would at least have had a ride in a Land Rover and a chat with a good friend. Now one lingering side effect of being very anxious for a long time is wanting to know EVERYTHING about a new place and planning for every eventuality. Thankfully for me, Google exists, and John Bunce is a very organised man. So, while John sent me kit lists and maps, I set to researching how long the car journey would take, where we could stop in an emergency, approximately how long the walk would take, how high Pen-Y-Ghent is (694 metres if anyone’s wondering)….the list goes on.

The drive there went without a hitch (Land Rovers are so great!) and we arrived at the bottom of a snowy looking mountain. The walk itself was brilliant. I was pleasantly surprised that my anxiety symptoms and obsessive thoughts were nowhere to be seen for the rest of the day. It felt amazing to be outside, somewhere new and challenging myself. John was the ideal guide and I trusted him entirely. As we walked higher the snow became deep and the fog really set in. This was perhaps a blessing in disguise because it meant I couldn’t see how much further I had to walk. It came as a surprise then, when John announced we had reached the peak.

Now I won’t lie, I had been hoping for a spectacular moment where the sun was blazing and I could look down on Yorkshire below me, revelling in how excellent at walking I am. As it was, I couldn’t see anything so we sat down and ate a biscuit instead. The feeling of triumph was very much there though. This was a massive thing for me. With anxiety problems, having a hiding place on standby is very important. Would you believe, the Yorkshire Dales is quite remote with not many emergency hotels/transport links to hide in or whisk me back to the safety of my home. None of this mattered, and if anything, I was disappointed that all 694 metres of Pen-Y-Ghent had gone by so quickly.

I am hugely grateful to John. His balance of enthusiasm, positivity and sensitivity was perfect. I never felt pushed to do anything, but felt buoyed up and encouraged the whole way. That would probably explain why 6 months on I would end up walking all three Yorkshire Peaks in the same day, in blazing sunshine, and got my ‘moment’ on all three mountains. Thanks John.